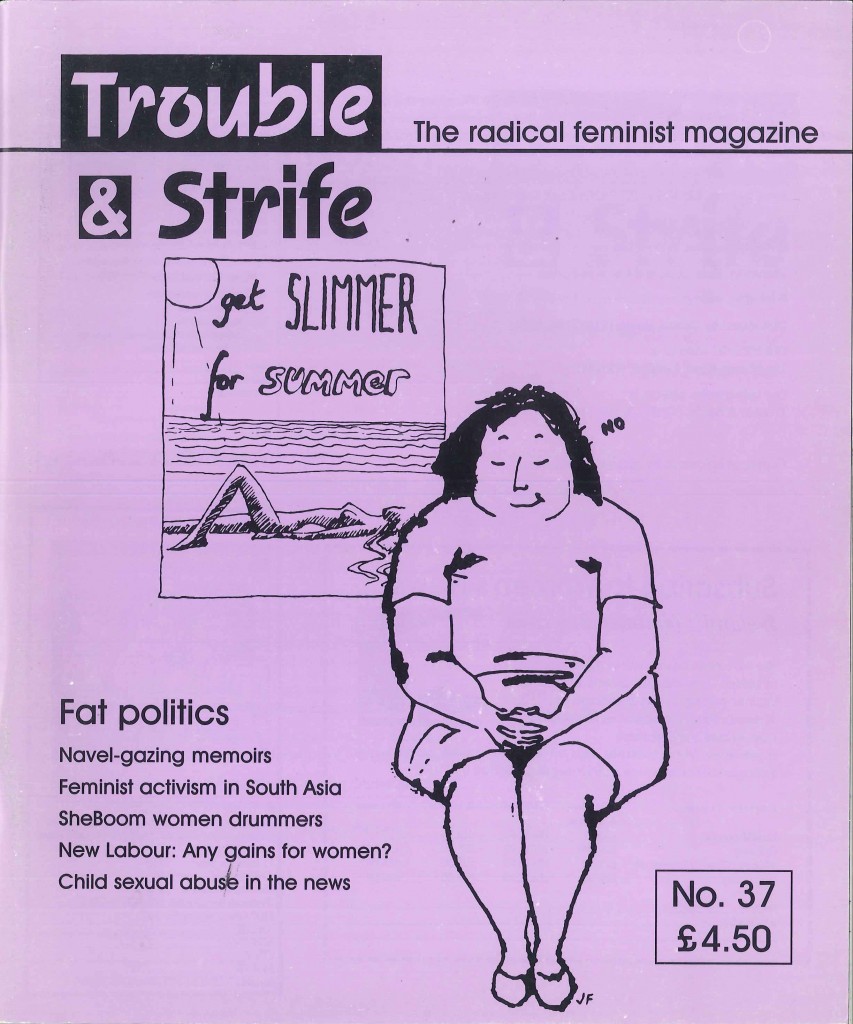 Sizing up the arguments — Debbie Cameron reviews Fat and Proud, a new book about the politics of body size.

Between context and continents — Feminist activists in South Asia are making connections between forms of sexual violence. Liz Kelly reports.

What the papers say — Hilary McCollum reads between the lines of newspaper coverage of child sexual abuse.

Courtroom dramas — Denise Mina and Jane Scoular examine the rise of false memory stories on the stage and in the courts.

A navel of one’s own — Meryl Altman has her doubts about the women’s ‘memoir boom’.