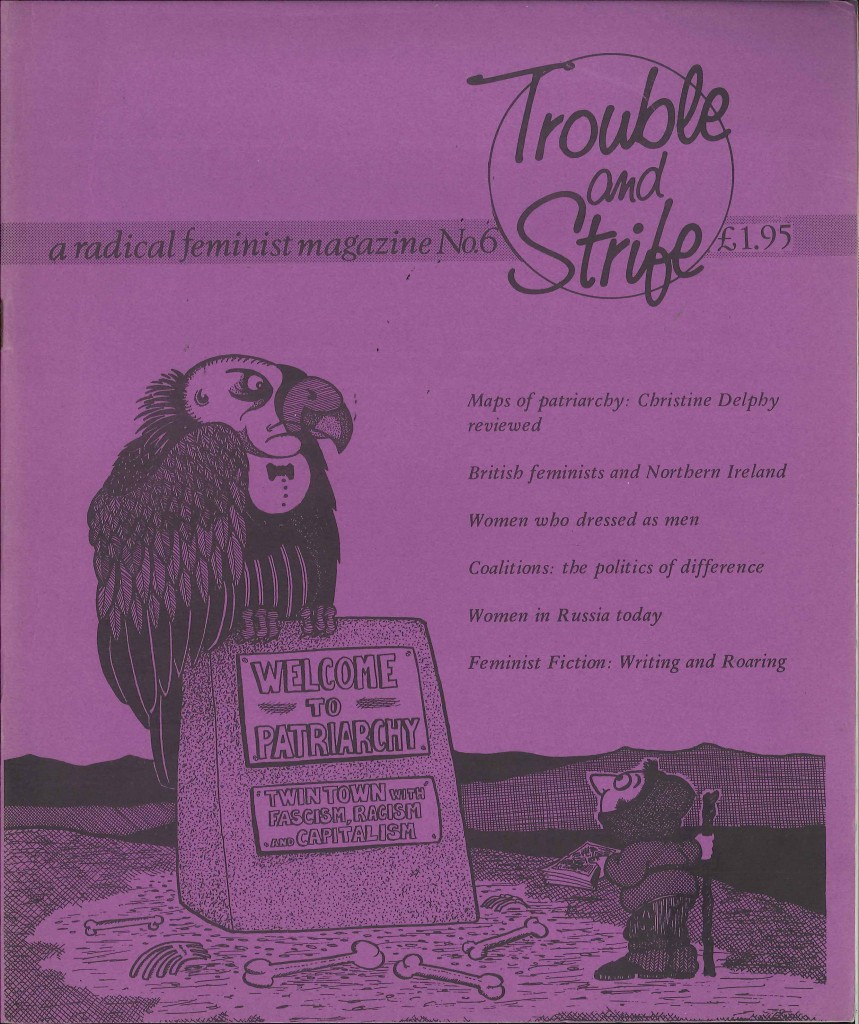 Suffering from ‘Equality’: the lives and politics of Soviet women — A review by Bridget Foster

Women who dressed as men: cross-dressing in the 18th century — Lynne Freidli

Writing and Roaring: in search of the truly political feminist novel — Patricia Duncker

Even Superwoman gets the Blues: what counts as ‘success’ for feminists — Rosy Williamson

Writing our own history: A Rather Mean Cocktail Party — Georgina Ashworth talks to Diana Leonard about Britain’s response to the UN Decade for Women