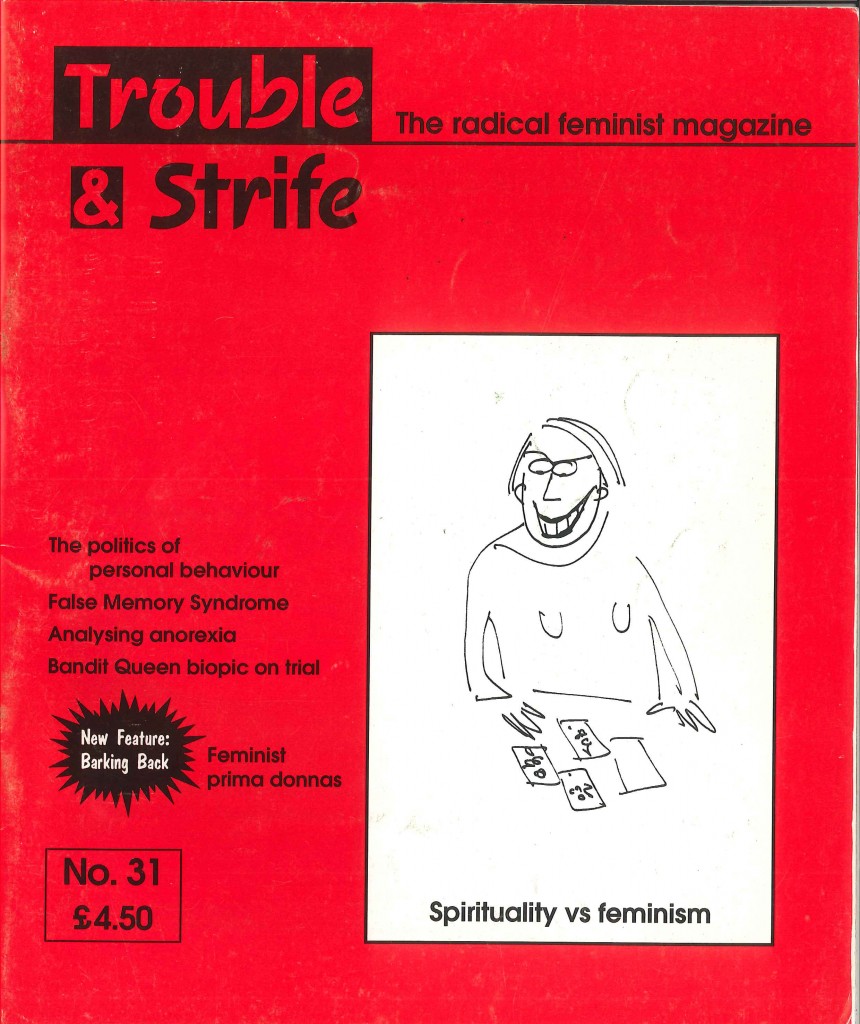 Can you feel the force (and should you give in to it)? —Debbie Cameron on feminism and spirituality

FMS: Fraudulent, misogynist and sinister — Beth Follini traces the development of a ‘syndrome’

Shades of meaning — Magdalene Ang-Lygate has problems with the way we talk about racism, identity and difference

A hunger for control — Morag MacSween on anorexia

Organised and visible: Women in Thailand and Taiwan put lesbians on the agenda for the UN conference in Beijing

Liberty, equality… but most most of all, fraternity — Françoise Armengaud, Ghaïss Jasser and Christine Delphy expose the sexism of the French establishment’s approach to Beijing

Wilful resistance — Joan Scanlon and Julia Swindells review Susanne Kappeler‘s The Will to Violence: The Politics of Personal Behaviour